Maretron's TLM200 is used to sense fluid levels of tanks using ultrasonic technology. Ultrasonic, or sound waves, are transmitted via the TLM200 mounted at the top of the tank and the flight times of the sound waves to and from the fluid are measured much like a depth sensor. What this means for you is that there are no difficult to handle long probes protruding into the tank, which often foul and/or corrode. Once the TLM200 calculates and broadcast the fluid level over the NMEA 2000® network, you can observe tank levels anywhere on the vessel where there is an NMEA 2000® compatible display such as Maretron's N2KView® vessel monitoring system, or Maretron's DSM250 / DSM410 color graphics displays.

The TLM200 is capable of sensing fluid levels in tanks up to 104" (2.64m) in depth. It can be used for diesel, fresh water, waste water, black water, and oil tanks (see the TLM100 for a lower cost solution for tanks up to 40" and the TLM150 for gasoline tanks). Unlike most tank senders that only work with rectangular tanks, the TLM200 can be calibrated for irregular tank shapes so you can know the true fluid level in your tanks.

The TLM200 is mounted directly to the top of tanks using the industry standard SAE J1810 5-hole mounting pattern. The TLM200 can also be mounted to tanks with threaded tank openings using an optional 1.5" NPT adapter.

Most importantly, the TLM200 is NMEA 2000® certified so you can view any and all tank levels anywhere on the vessel when using a compatible NMEA 2000® display. The TLM200 is another key component of Maretron's N2KView® vessel monitoring and control system.

The following accessories are available for the TLM200: 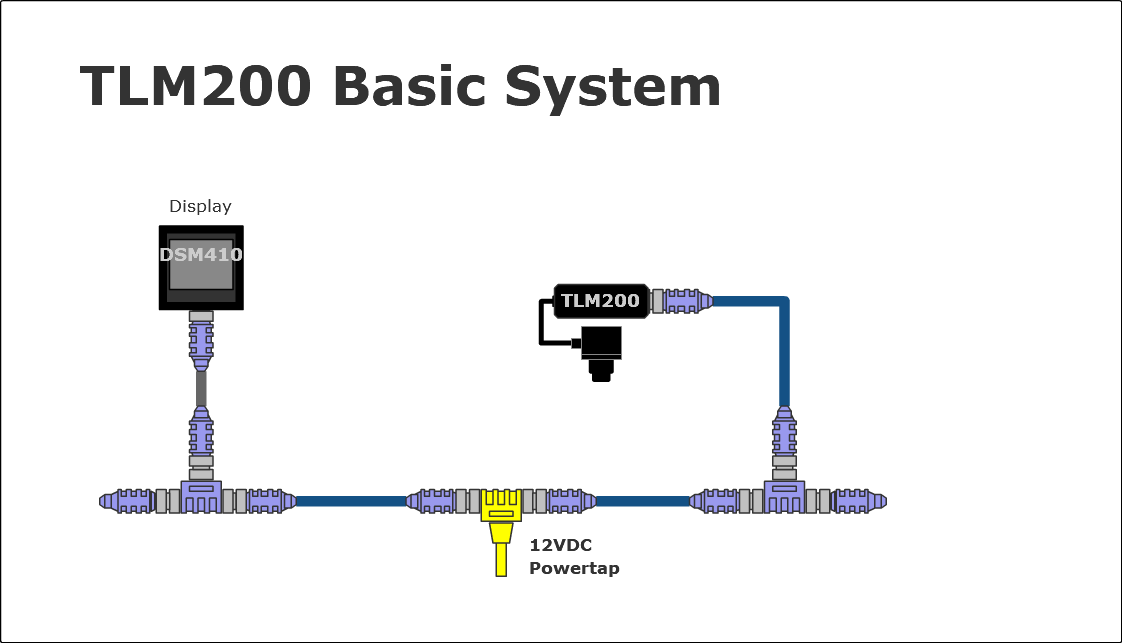 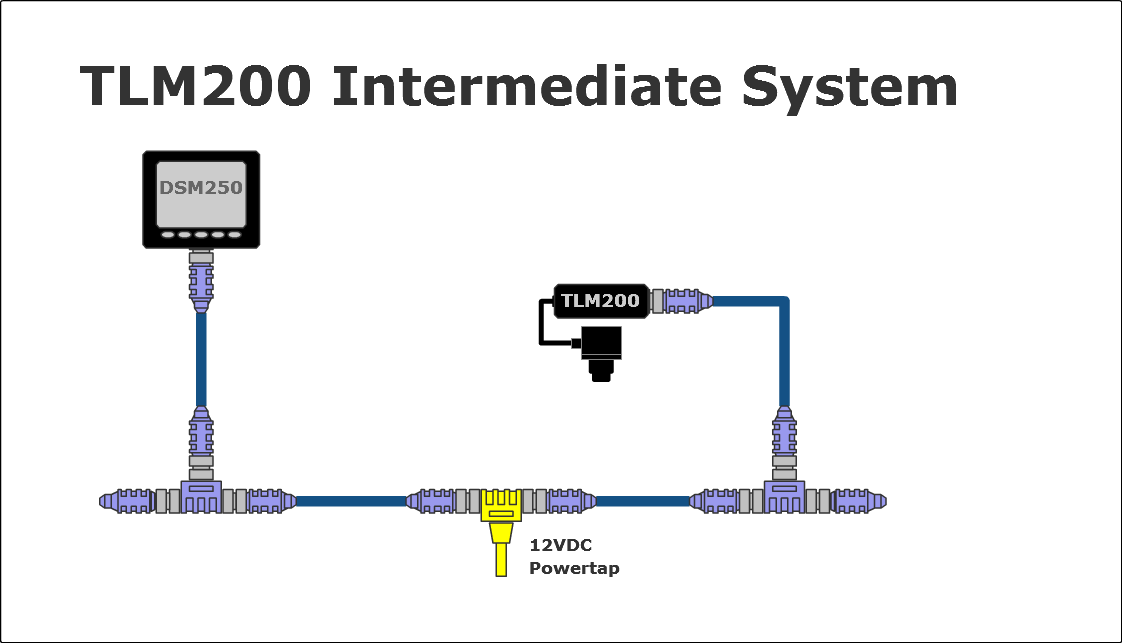